The Xbox has been in circulation for quite some time now and has emerged as the only real competitor to the play stations throne.

With tons of amazing, award winning, exclusive games to choose from its no wonder that Xbox emulators were made for the PC and today we will provide you with the one of the best Xbox emulators out there, the CXBX.

Download the emulator’s zip file. Next, create a new folder in your hard drive and name it ‘CXBX’. Create a subfolder in the CXBX folder and name it ‘games’ (you guessed it, this is where you will keep all your Xbox roms).

In order to play xbox games with this emulator you will need to download the iso of the game you want to play or have an actually DVD of it.

Also, most of these roms will be in iso format, in order to run them on Cxbx you will need to use a software called ‘Quix’ to extract the iso’s contents. Just google for the software and you will find it.

Extract the downloaded emulator into the CXBX folder. Then double click on the Cxbx.exe file to launch the emulator. After a few seconds, you should be greeted with something like this

That is the emulator’s home screen. From here, we will need to tweak a few settings here and there to make the games playable.

Firstly, you will want to configure the controls that you will use to actually play the game. In order to do this go to settings è config controller and you will be taken to the configuration screen 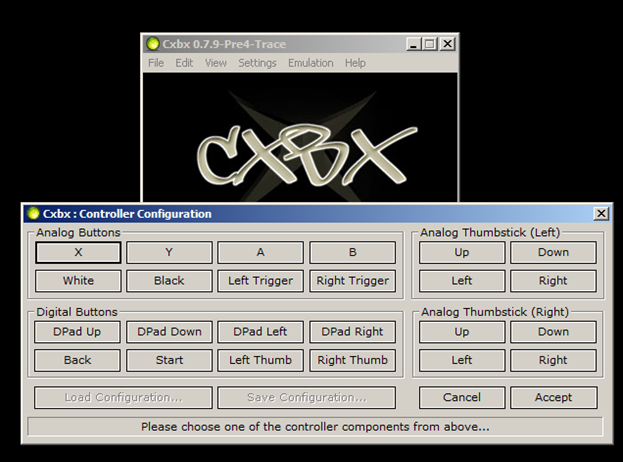 Here, first click on the button you want to configure and then press the key on the keyboard you want to be able to use that button with.

Next, you should set up the resolutions and display options. In order to do that go to settings è config video, you will be directed to this screen 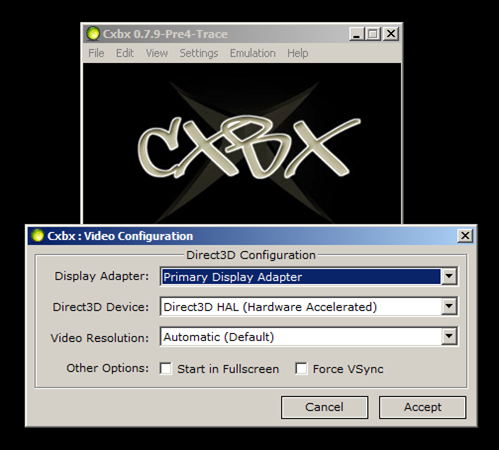 Here, use the drop down menu beside video resolution to set what window the games will play on. Now, according to your monitor and graphics card each option in that drop down menu will make the resolution better or worse so just tweak around with it until you get your desired display.

After downloading and setting up the emulator there really is only one thing left to do and that is (you guessed it folks) to get to the actually gaming. So, in order to load a game go to file è Open Xbe, then navigate to the games folder and double click on the Xbe of the game you want ot play to launch it. Now, get ready to get to the edge of your seat because you are about to witness some truly awesome emulation magic.