These are the Atari Jaguar emulator system requirements


The Virtual Jaguar
Yet another version of Atari had popped up before its demis in the early 80’s.

It was called the Atari Jaguar and (in an era where fast cars were the talk of the day, all day) the name came to be a hit as well as the console itself. It was a fairly decent console with decent specs but it had an incredibly large array of games, which set it apart from the rest of the Atari family.

Step 1: getting the files

Nowadays, emulators don’t really require much downloading because you can usually find all the files zipped up all nice and shiny in a single for you to use. The Virtual Jaguar is no exception, just download the emulator from http://icculus.org/virtualjaguar/ and we will be business.

Note: Create a new folder in your hard drive and name it Jaguar. Create a subfolder in the Jaguar folder and name it ‘games’ (you guessed it, this is where you will keep all your Jaguar roms).

Also, download the roms of the games you want to play from http://coolrom.com/emulators/atarijaguar/95/Virtual_Jaguar.php

Step 2: Setting up the emulator

Extract the downloaded zip file into the Jaguar folder then navigate to said folder and double click the virtualjaguar.exe file. The emulator should pop up in a few seconds and it should look something like this: 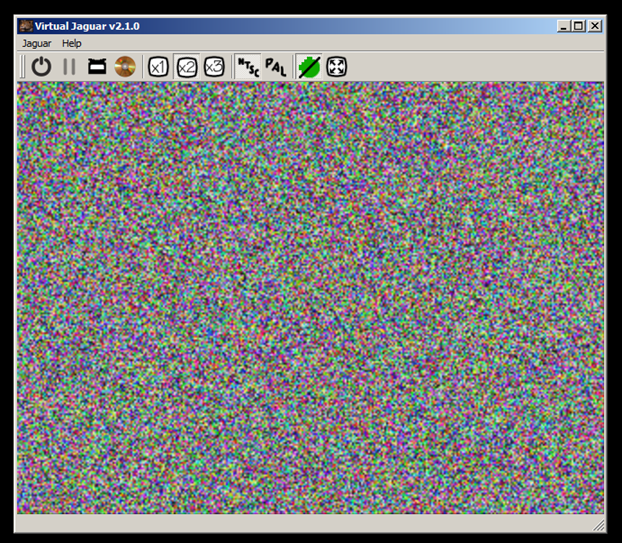 First things fir, you have to set up your controls if you want to be playing anything so go to Jaguar è Configure è Controller 1 and this will pop up 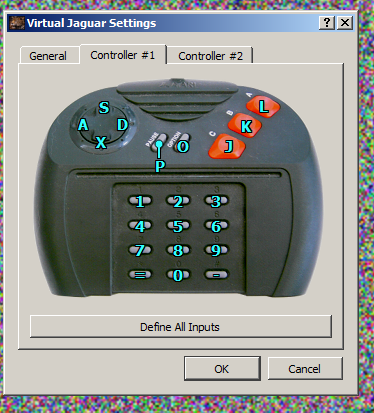 Click on ‘define all inputs’ and the computer will systematically prompt you to issue a keyboard button for each controller button.

In order to increase resolution just choose the choices on the top that start with ‘Zoom’. Now, according to your monitor and graphics card each option in that drop down menu will make the resolution better or worse so just tweak around with it until you get your desired display.

After downloading and setting up the emulator there really is only one thing left to do and that is (you guessed it folks) to get to the actually gaming. So, in order to load a game go to Jaguar è Use CD unit, then navigate to the games folder and double click on the Xbe of the game you want ot play to launch it. Now, get ready to get to the edge of your seat because you are about to witness some truly awesome emulation magic.